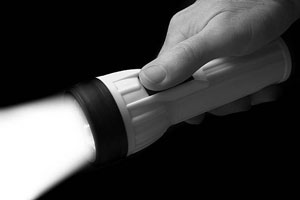 How bright is the brightest flashlight?  Everyone wants to get his or her hands on a bright torch. Especially if you’re into outdoor adventures such as hiking, hunting and camping, you don’t want a flashlight that lights poorly, right? And if you’re into search and rescue, surveillance, photography and tactical jobs, you want an even brighter torch. Check out this guide and discover the brightest flashlight and more!

How Can You Compare Brightness?

Note:  Wattage isn’t what to use in rating brightness, although some makers started quoting it in their products.

What is wattage? It simply denotes how much power your device is using.   It is not what to measure light visibility.  For example, a heater with 1500 watts produces little to no light.

They are the measure of the total light emitted by a torch or a LED bulb. For example, a 60-watt incandescent light bulb can emit up to 690 lumens and 460 for a 40-watt bulb.

Lumens are measured out the front or at the emitter. For one, emitter lumens usually have higher than the other has. The reason is the losses involved in the bouncing off the light from the reflector.  Lumens can also be filtered by a flashlight lens.

The total lumens amount is the total light output of your device. It is the light radiated. For example, the more candles you hold the more lumens they can radiate. For an ordinary 60-watt light bulb, 890 lumens are produced, while 460 lumens for a 40-watt light bulb.

It’s the potential output of the emitter.  Emitter includes the various gases, hot filaments and LED. But the cheaper these components are the more light will be lost. Choose a powerful high lumen flashlight for the best results.

Also called out the front, OTF or torch is the brightness that comes out after all the losses. Some of these losses can occur out the back of the reflector or at the reflector itself.  When buying high lumens flashlight, check for multiple settings low, medium and high. 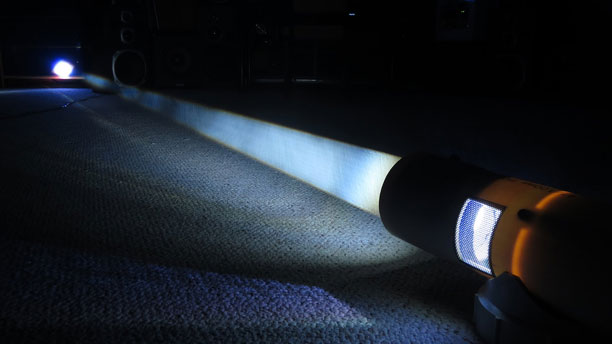 How bright is the brightest flashlight? This is another comparison method. Check on the lux or throw of the light that strikes an object or a point on a ceiling or wall. A rule of thumb: one (1) lumen = one (1) lux/sq m.

Lux is measured by a light meter and it tells about the beam’s brightness. [“Foot candles” is another term for lux.]

Comparing torches with the lux method is useful especially if you’re looking for a good throw of the beam. You want it as far as possible. In short, lux tells you how good a flashlight is in projecting light at a given distance.

Down to our third method, check on the candela. What is it? It simply describes the light emission’s strength.   It is important to check on candela because that will help you measure the beam light’s concentration.

In a basic example, check on a candlepower’s light and look into the beam’s center. The center beam is the brightest. Did you notice it?

However, not all torch’s beams can disperse light in the same manner. In fact, they can distribute light differently.  For example, some have intense beams at the center, while around the edges for others.

How bright is the brightest flashlight? This is one of the simplest methods to check on that. Brightness or luminance can describe the light’s intensity.  It is the light that’s leaving the surface.  However, it is not a critical measurement regarding flashlights. They’re many times used for surface’s reflection.

Through our research, we’ve found that the brightest is one with a dominating 7300 lumens is Thrunite’s TN36 UT.  But even if it’s the brightest flashlight, it does not mean that it’s what you need.

You still need to consider your needs, size of the device, intended uses and types of batteries you’re willing to spend on for it. Oftentimes, you’d need high output Li-Ion batteries, not Ni-MH or alkaline to power the brightest flashlights. Along these lines, choose and buy a bright flashlight enough to provide you with your lighting needs. And from that, you’d be happy with your purchase.